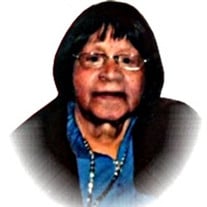 Zula’s Story Zula Mae Gulley-Pugh, age 98, of Albion, Michigan transitioned from this life on November 13, 2018. She was born January 7, 1920 in Greenville, Alabama to the late Sally and Enoch Gulley.  Zula graduated from Greenville County Schools and then moved to Albion, Michigan where she married Eugene Crenshaw and to their union one child was born. She later married the late Ruben Pugh and they enjoyed many years together, until God called him home.  She confessed Christ early in her life and was a member of Bethel Baptist church. She later moved her membership over to Mt. Calvary Baptist Church under the leadership of the Rev. Charlie J. Jones. She enjoyed cooking, sewing, going to church, and spending time with her family (especially her grandchildren) they were the “LOVES OF HER LIFE“, she even quit working in her younger years to help care for them. Much later and with the same gentleness, she helped to care for some of her first great-grandchildren: Parris, Jordan, India, Asia and Kenya.  Zula will be remembered most, for the way she loved her family and for her humorous nature. She had a way of “telling it just like it was” in such a way that would have everyone around her laughing.  Her loving memory is left to be cherished and carried on by, her only child and daughter; Betty Williams-Glasper of Jackson, Michigan who cared for her after she could no longer care for herself, her five grandchildren; Angela Crenshaw-Union, Ronnie Williams, Jr., and Ladale Williams, all of Jackson, Michigan, and Lloyd Williams and Bryant Swinton both of Albion, Michigan, numerous great grandchildren, and several great-great grandchildren, a special niece; Palace “Patsy” McConnell, two special nephews; Purdue Peagler and Henry Gulley, along with a whole host of other nieces, nephews, family and friends.  She was preceded in death by her parents and both of her husbands, one brother; Jeff Gulley, her only sister; Etta Peagler and a special nephew; Aubrey Gulley.

The family of Zula Mae Pugh created this Life Tributes page to make it easy to share your memories.

Send flowers to the Pugh family.