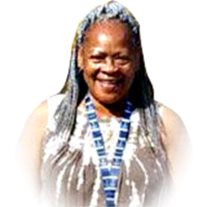 Willie Christeen Conley was born in Ypsilanti, Michigan to Willie Walker and Virlie McIntyre on March 23, 1954. Willie, better known as “Pat” was the fourth of nine children. Pat attended Catholic schools and later graduated from Ross Medical School. Pat worked for Arrows for over twenty years. She later went on to work for a smaller drapery company in Hamtramck. Pat enjoyed cooking, sewing, and family gatherings and redecorating/home improvements. She adored her children, grandchildren, great grandchildren and her nieces and nephews. Spending time with her family was one of her greatest joys. She made each one feel like they were very special to her. And when holidays came she took pride in cooking meals big enough to feed an army. Pat touched the heart of everyone she met; rather it was making them curtains, cooking meals, holding conversations, or altering their clothes. She was loved by the entire neighborhood. Pat departed this life on March 30, 2020 at Harper Hospital. She was preceded in death by her husband; Dennis, daughter; Sabrina, two brothers; Larry and Chester, one sister in law; Sheryl, five nephews; Ernest, Larry, Alton, Anthony and Jamel and her great granddaughter; Desiree. Pat leaves to cherish her precious memories, four children; Annette (Jihad), Ron (Shela), Darnell (Janitta) and Sablina, nine grandchildren; Lettice (Derrick), Mechella, Robert (Shantinique), Lateria (Doshan), Raven, Javon, Raina, Demetrius and Treyvon, sixteen great grandchildren, five brothers; Ernest, Clarence, Jerry, Richard (Slyvia) and Alton (Linda), one sister; Lugenia, one special son; Lawrence and a host of nieces and nephews and extended family.

The family of Willie Christeen Conley created this Life Tributes page to make it easy to share your memories.

Send flowers to the Conley family.