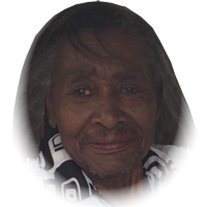 Warlena Williamson McDuell was born on June 3rd 1927 in Detroit, Michigan to Lovie and Franklin Williamson, Sr. Warlena was the first of three children all of whom received Christ at an early age at Grace CME church where her family had already been members for generations and where she remained a member for over 80 years. Warlena was a loving and devoted mother, daughter, sister and friend. Warlena received her education in the Detroit public school system graduating from Northern high school. After high school Warlena married Bert M. McDuell. To this union three children were born Prince McDuell, Renii McDuell and Jasmin McDuell. Warlena took pride in being one of the first two African American operating room nurses at Saini Grace Hospital in Detroit where she ultimately retired from. As if that wasn to some of the city’s less fortunate through the department of human services. Warlena loved a good garage sale and thrift shopping for vintage items but she also knew how to tear a department store up. Warlena was Northender. Out of all of the things she lost she never lost her love for the Northend, and was proud to tell anyone that she was born at 8420 Russell Street. Although the house is gone she would say I was born on Russell and Wellington. She shared stories of the fun she had growing up there with her brother’s Frank and Walter Lee. Warlena was known to most of her friends and family as “gator” until her youngest grandson came along and couldn’t pronounce grandma. Every time he tried “Baba” came out and that was her name for the last 40 years. Warlena was proceeded in death by her daughter; Renii McClemore, her brother; Franklin Williamson and her grandson; Bert McClemore. Warlena leaves to cherish her memory, one son; Prince McDuell, one daughter; Jasmin Williams, one brother; Walter Lee Williamson, four grandchildren; Willie McClemore, Prince McDuell, ll, Princella McDuell and Anthony Currie and one very special great grandson; Blake Orr and a host of nieces, nephews and other relatives. The family would like to offer a special thank you to one very special great nephew; Demetrius Williamson and all whom helped in her care

Warlena Williamson McDuell was born on June 3rd 1927 in Detroit, Michigan to Lovie and Franklin Williamson, Sr. Warlena was the first of three children all of whom received Christ at an early age at Grace CME church where her family had already... View Obituary & Service Information

The family of Warlena McDuell created this Life Tributes page to make it easy to share your memories.

Send flowers to the McDuell family.