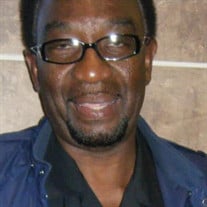 Robert Lewis Bacon was born in Paducah, Kentucky on March 23, 1943. He was the third of Jennie Mae and Robert’s ten children. He married Laverne in 1967 before being drafted into the Army and sent to serve in Vietnam. Upon his return home, Bobby as he was called by friends and family found rich and loving community amongst his fellow veterans at the American Legion Sauk Trail Post and could often be found DJ’ing parties and participating in all types of activities there. He was an integral part of “The Post” for over 35 years and is a lifetime member of the American Legion. Bobby had a love and talent for all-things-music. He was a vocalist and performed in groups as an opener for many national acts across the United States. Singing was always a part of Bobby’s life, and he discovered his talent early as young man growing up in Paducah. He and other family members would often tell stories of Bobby and his friends singing in Juke Joints around town, sneaking into the adult bars and hangouts to delight the folks with their crooning and tuning. Apparently, as legend would have it, these guys were so good that one night a woman forced Bobby and the group to continue performing at gun point! Bobby also had a serious love of cars, including INDYCAR and NASCAR racing. His professional career indicates that he was also a skilled mechanic, working in automotive service and repair after returning from Vietnam. In fact, Bobby’s first job upon returning was at his cousin’s auto repair shop, Curtis’ Garage here in Jackson, Michigan. Bobby had a knack for repairing and customizing cars. He was in possession of too many cars to count over the course of his life, as it was his practice to purchase cars and then “flip” them by adding after-market items and customization to them and then sell them. His son, Ronnie recalls days spent with his dad at Michigan International Speedway and other venues for local car races observing and understanding his father’s passion for the automobile. If you were looking for him on the weekend, he was likely on his way to the casino, as he considered himself to have pretty good luck. Bobby was also an avid landscaper and was passionate about a well-manicured lawn. After retirement, he could be found tending to many front and backyards, including his own which was always pristine. Bobby knew just about all there was to know about how to keep one’s yard beautiful and turned his knowledge and ability into yet another chapter of his life, creating a small lawncare business. And he was generous with his skill and knowledge, often tending to the lawns of those who could not do so themselves and would perform his services for free if his patrons could not pay. Bobby was a part of that great epic and historical group of African-Americans who moved from the United States South to the North and Midwest during a great wave of migration from 1915 until 1970, known as The Great Migration. Born in Kentucky, Bobby moved first to Aurora, IL, staying with his sister Betty then to Detroit, Michigan in search of work and to join his aunts who had preceded him there. His brothers would follow and soon a vibrant family clan would take possession and bring culture, community, and richness to towns like Jackson, Michigan. Bobby and Laverne and their extended family members grew to a strong and enriching presence here in the Jackson area for over 50 years. Once, here Bobby found work in his beloved automotive industry working first for his cousin Curtis at Curtis’ Garage, and then for several years as the service manager for Brock Oldsmobile. He would also work over the course of his career for Yardman Manufacturing and at Clark Equipment Company. Bobby last worked and retired from the State of Michigan, Corrections Department after many years of service. Bobby was preceded in death by his beloved wife of 51 years, Laverne, his parents Jennie Mae and Robert, and siblings Betty Shaw and Harold Bacon. He is survived by his son and daughter in law, Ronnie and Therese Bacon, granddaughter, Sasha Bacon, brothers Herbert, Del, Ray, and Ricky, and sisters Alice, Marva, and Donna. Along with many very special cousins, close in-laws and a host of friends spanning many generations.

Robert Lewis Bacon was born in Paducah, Kentucky on March 23, 1943. He was the third of Jennie Mae and Robert&#8217;s ten children. He married Laverne in 1967 before being drafted into the Army and sent to serve in Vietnam. Upon his return... View Obituary & Service Information

The family of Robert Lewis Bacon created this Life Tributes page to make it easy to share your memories.

Robert Lewis Bacon was born in Paducah, Kentucky on March 23,...

Send flowers to the Bacon family.