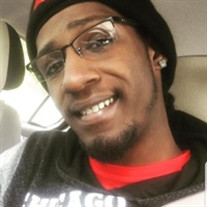 Phillip Dalvin Todd was born August 31, 1993 to the union of Michael and Candy Todd in Lansing Michigan. Phillip attended Lansing Public Schools, then later Gerald R. Ford Corps Center in Grand Rapids, where he graduated with this high school diploma and certificate in Culinary Arts and among many others. While Phillip committed himself to his studies while living on campus Phillip showed a level of maturity and professionalism which allowed him to become the resident assistant. After graduation, Phillip moved back to Lansing Michigan where he was employed at the Phone Banks & Falcon Fundraising where he excelled to a management position, all while fulfilling his educational goals at Lansing Community College studying business administration. Phillip later met Natasha Readous, as their relationship grew they brought a beautiful baby boy into the world. Phillip took pride in naming his son after his namesake.   In Phillip’s younger years, Phillip came to know the Lord in his own way through the guidance of his father while attending Impact Ministries Under the leadership of Pastor Donald R. Todd. Phillip enjoyed singing, cooking, sports, and spending quality time with his son "PJ" Phillip. He could be found laughing and what he would call “chillin” with his best friend Shaquan T. Haynes. Phillip was preceded in death by his grandfather; Richard Todd Sr., “Big Dad”, Uncle Richard Todd Jr., “Uncle Ricky”, and his brother; Michel Angelo Todd. Philip leaves to cherish his memory, his son; Phillip D. Todd Jr., father and mother; Michael and Candy Todd, his brothers; Alan Tinker, Demane Tinker, Darius (Mia) Williams, Devin Todd, and William Cosey, sisters; Annette Tinker, Letoria Tinker, Ashley (Samuel Wooley) Tinker, Keyanna Todd and a host of grand uncles, aunts, cousins and friends.

The family of Phillip Dalvin Todd created this Life Tributes page to make it easy to share your memories.

Send flowers to the Todd family.