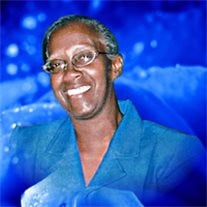 Patrice Gertrude Wilson, affectionately known as "Trece or Treece" was born in Detroit, Michigan on September 25, 1953 to Theodore Demar Kelley and Susie Mae Kelley, which preceded her in death, along with two brothers Malcolm & Mark Kelley, a granddaughter Robin Scarlett Williams, and two nephews Courtney Smith & Christopher Gray. She was the third child out of five children. She was the youngest daughter and the answered prayer of her older sister.      Patrice excelled throughout her primary education. She attended Southwestern High School in the Detroit Public School System. She had a love and passion for science. She competed in many Biochemistry and Science Fairs. In almost all of these Fairs, she won first place. Her dream was to become a pharmacist. After graduation she attended Wayne State University. She met and married Johnny Ezel Wilson on September 13, 1975. Four children were born to this union. After various jobs ranging from bakeries and flower shops to data entry, Patrice was employed by the United States Postal Service in 1989. While working for the USPS, she graduated from their managerial program. She was stationed at various locations, including Joyfield and Seven Oaks, until she retired in 2009.      Patrice accepted Jesus Christ as her personal Lord and Savior at the young age of 12. She joined St. Mary's Fire Baptized Holiness Church, under the leadership of Pastor David Wilson in 1965. She led many people to Christ as she walked in love; some of who she led to Christ has become prophets, prophetesses, pastors, and ministers. She was a mentor and counselor for the Body of Christ, walking in the Wisdom of God. Patrice was an ordained minister who walked in the five-fold ministry gifts, and the fruit of the Spirit. Patrice placed God first, next family, and then everything else. She was truly a woman of God; a virtuous woman who taught her daughters and other young ladies how to truly be women of God.      "Trece" leaves to cherish and celebrate her life, daughters Christina Patrice Susie French (Fenton Rodney II), Danielle Ashley Maia Williams (Wayne Shawn), Johnna Alyce Cherie Wilson, and son Stefan Xavier Johnny Wilson; grandson Isaac Xavier Lee Wilson; her sisters Beverly Smith (Robbie) and Dr. Denise Gray; children of her "Heart" Carolyn Solomon (Travis), Mark Kelley, Theodore Kelley III, Darlynn Kelley, Tamika Patrice Kelley, Michael Kelley, and Keyana Weathers; grandchildren of her "Heart" Erik Kelley, Nia Kelley, Travis Jervon Kelley, Tiniah Kelley, Hailey Kelley;  and great-grandchild of her "Heart" Erik Kelley, Jr.;  a host of nieces, nephews, other family members, and a special love for her International Gospel Deliverance Center Church family.

Patrice Gertrude Wilson, affectionately known as "Trece or Treece" was born in Detroit, Michigan on September 25, 1953 to Theodore Demar Kelley and Susie Mae Kelley, which preceded her in death, along with two brothers Malcolm & Mark Kelley,... View Obituary & Service Information

The family of Patrice Gertrude Wilson created this Life Tributes page to make it easy to share your memories.

Send flowers to the Wilson family.