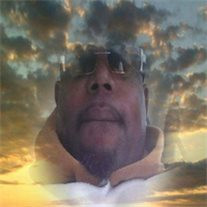 Nathaniel  Oliver,  Sr.,  affectionately  known  as  “Nate” departed this life peacefully at his home surrounded by his loving family and friends, December 24, 2018 at the early age of 52 years. Nate was born  to  James  “Donnie”  Oliver  and  Eunice  Westbrook  in  Jackson Michigan on June 25, 1965. Nate  was  a  lifetime  resident  of  Jackson  Michigan  and  attended  the Jackson Public Schools and played semi-pro football with the Jackson Bombers  and  was  known  as  “Slugo”.  As  a  young  man,  Nate  was  a bouncer and DJ at various clubs throughout the state of Michigan and was very well know. Nate also worked for Hatch Stamping for several years  until  retirement  due  to  health  issues.  After  retiring  Nate  was  a dedicated  volunteer  at  local  community  food  pantries,  he  spent  his Saturday’s helping those in need. Nate was a fun loving person with a big heart and an even bigger smile and loved spending time with family and friends. He especially liked to have backyard cookouts and would invite everyone over to have fun and relax. He enjoyed cooking, fishing in his spare time and was a die-hard Michigan State Spartan fan and loved watching He was preceded in death by parents, James “Donnie” Oliver and Eunice Westbrook, Eugene Washington and Billie Oliver, and one grandchild Robin Siefken. Nate  will  be  sadly  missed  but  his  memory  will  be  cherished  by  his surviving  children,  three  daughters;  Nikita  (Arby)  Siefken,  Brittany and  Shaylinn,  six  sons;  Nathaniel,  Jr.  (Erika),  DeAnthony  (Emileigh), Antoine (Doreen), Tre’Thaniel, De Mario and Devin, nine grandchildren; Aniyah, I’ Anna, Delicia, Jaylin, Maricia, Aaliyah, Aubree, Ahmir and Avery, also one brother; James Ronald (Lisa) Oliver, two sisters; Wanda Washington and Toni Petty, five nephews; Brandon and James Oliver, Kerry, Derry and Courtney Petty, a special friend; Jessica and Jezri Cheney, and a host of nieces, nephews, cousins, aunts and uncles, other relatives and friends.

The family of Nathaniel Oliver, Sr. created this Life Tributes page to make it easy to share your memories.

Send flowers to the Oliver, family.