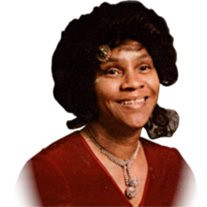 An angel arrived on this earth on March 28, 1935. God entrusted his angel toWalter and Mary Daniels and that angel was Mary Queen Ester Daniels.She was born in Greenwood, Mississippi, but raised in St. Louis, Missouri. Even though Mary ( Skizzy, Aunt Sista) only received and 8th grade educationyou would never know it by speaking with her. She had a Ph.D in the Bible.Mary retired from the automotive industry. She was a hard worker supportingher children. Her faith was so important to her, she always kept God first. Justby looking at her, you could see that she had a close, personal and intimaterelationship with God. Mary married Charles in 1949 and gave birth to twelvechildren she instilled her strong spirituality in all twelve of her children,nieces and nephews. When over 300 grandchildren, great grandchildren andgreat great grandchildren came along, she instilled it in each and everyonethem as well. Mary was Mufasa, she kept the family together. Always ready and willing tohelp she would go some miles to get there. She always said, Death will haveto catch me. When her steps got slower it grabbed her.She loved her Pastor Elder and Sister Elmer Hess, Jr. and the entire FirstPentecostal Family. Nothing but sickness or death could keep her away. Shewas a firm believer in the Word of God! She departed this life on November 9, 2019. God called his beloved angelhome to take her rest. Oh Happy Day to reunite with her Mother and Brothersand Sisters being the youngest of twelve children herself.She he leaves to cherish her memory twelve children; Charles (Karen) Pfeifer,Jerome (Helen) Pfeifer, Diane Williams, Wanda (Troy) Jordan, Russell(Katrina) Pfeifer, Kathyrina Pfeifer, Mary Pfeifer, Deryke (Kimberly) Pfeifer,Walter Pfeifer, Lillie (Dennis) Herr, Will (LuAnn) Pfeifer and Shelia Pfeifer,ninety-eight grandchildren and something over 200 great grands and greatgreat grands, and a host of nieces, nephews, cousins and friends and godchildren as well as two special grandchildren, Nathan (Grandma’s Boy) andSheleah (Angel) who lived with her.

An angel arrived on this earth on March 28, 1935. God entrusted his angel toWalter and Mary Daniels and that angel was Mary Queen Ester Daniels.She was born in Greenwood, Mississippi, but raised in St. Louis, Missouri. Even though Mary ( Skizzy,... View Obituary & Service Information

The family of Mary Queen-Ester Pfeifer created this Life Tributes page to make it easy to share your memories.

Send flowers to the Pfeifer family.