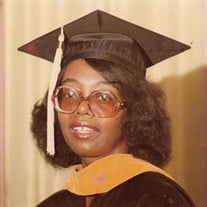 Marion was the third child of Hubert Henry Jeffers and Sarah Christine Jeffers (nee Francis). She was born in Devonshire, Bermuda. Growing up, Marion was known for being very nervous and fearful. We had a pet name for her, “nervous ninny”. She was afraid of so many things and experiences, including blood, that the family did not take her serious when she declared that she wanted to be a nurse. Marion did not have the privilege of going to high school, as was the case with many children in Bermuda at that time. However, at a young age, she was determined to make her way in life. Sometime after Marion turned 16, she learned how to ride a motor assisted bike called a moped, much to the family’s surprise and concerns for her safety. Her main job before she started on her nursing journey was as a waitress in a small restaurant. It was around the age of 20 when Marion heard that the local hospital was going to start a training program for Nursing Aids. She applied and was accepted. She found the going rough, but Marion was determined to succeed. You can imagine her pride when she discovered that she was at the top of the class in the biology course she had to take as a part of the program! Sometime around 1963, Mrs. Margaret Nichols, her twin sister, Mrs. Margie Davis, and Mrs. Mary Walker visited Bermuda from the USA. They met Marion who, we believe, told them about her dream to become a nurse. Fast forward to 1964 when Marion was off to Chicago to fulfill her desire and calling. Marion would be forever grateful for “foster parents” who ensured that she had a home while attending school in Chicago. Special and grateful thanks to Sis. Theresa Connor and Bro. Thomas (Uncle Fontaine) and Sis. Alonza Ladner. Within three years, Marion had completed her high school equivalency. She then enrolled into the University of Chicago, College of Nursing and, after four years, graduated with a B.S. degree in Nursing. Not satisfied with her level of education, and, after a number of years spent working in hospitals in Chicago, Marion made the decision to move to Detroit to enroll in the Master of Science in Nursing at Wayne State University. She was successful, as expected, and spent many years in nursing and related activities in the Detroit area. Although Marion moved to the USA at age 22, she stayed connected to her Bermuda family. No matter what the special occasion, birthdays, graduations, weddings, funerals, or any other important event, if it were possible and/or practical, Marion would be there. Her affection for her nephews, great-nephews, nieces and great nieces was clearly demonstrated with the birthday cards, personal phone calls and, in the last year or so, WhatsApp calls. All the children in the family knew Aunt Marion. In addition, she did not forget her siblings as she touched base with each of us on a regular basis. Precious memories: Our brother Francis recalls how thorough Marion was after ironing washed and starched shirts. No matter what our mother said, she insisted on buttoning every button. Our sister Sylvia recalls Marion’s making lemon pies for a bake sale at the Bermuda church. This was probably her first experience of mass producing pies and the kitchen was a mess! I have many memories. However my favorite is that of throwing a bucket of water over Marion’s head and scaring her. I did this because I heard that scaring someone who stammered was a cure. Marion had a very bad stammer but, in a short time after the dousing, her stammering virtually ceased. We don’t know when Marion began her Christian journey, but we do know that she was on that journey to the end. Pastor Jack Perkins, her church pastor, recalled: “Sister Marion served for years as Sunday school teacher; she served on the church nursing staff, and served as Senior Youth Sunday School teacher. She was also an active member of the singles ministry. Marion was a positive source of inspiration to all in our congregation. She loved much and was greatly loved. She will be greatly missed and her work will never be forgotten. She served exceptionally.” Marion was predeceased by her parents, brothers-in-law, Leroy Simmons, Sr. and James Edwards, niece; Leisa (Lisa) Smith, and nephew; Leroy Simmons, Jr. She is survived by her siblings; Sylvia Edwards, Charles Jeffers, Francis Jeffers, sisters-in-law; Juneia and Phyllis, nephews and spouses; Charles Jeffers, II (Antoinette), DeVon Jeffers (Georgia), Jermaine Jeffers, Eugene (Brenda) Simons, niece-in-law; Yvonne Simmons, great-nephew and spouse, Daamian (Catarina), other great-nephews and nieces; Courtney Jeffers, Arrington Jeffers, Zyun Smith, Nikaylah Clarke, Rae’chelle Webster, Jah’Shon Jeffers, Danae Jeffers and Kyra Jeffers. Marion had so many friends, godchildren and “adopted” children, that it would be a very difficult and almost impossible task to list them all. Never-the-less, we say thank you to; Della Wilson, Theodore (Teddy) Landry, Jr., Mother Wyatt, Gwendolyn Brooks, Scheryce Brooks, Nancy Furr, Valerie Robinson, Karen, Krystal, Kaitlin, Kimberly Day, Linda Bennett, and Heather Benson. To those, who counted themselves as Marion’s special friends and whose names do not appear, we apologize and say thank you for being friends to our sister.

Marion was the third child of Hubert Henry Jeffers and Sarah Christine Jeffers (nee Francis). She was born in Devonshire, Bermuda. Growing up, Marion was known for being very nervous and fearful. We had a pet name for her, &#8220;nervous ninny&#8221;.... View Obituary & Service Information

The family of Marion Esmee-Aletta Jeffers created this Life Tributes page to make it easy to share your memories.

Marion was the third child of Hubert Henry Jeffers and Sarah...

Send flowers to the Jeffers family.