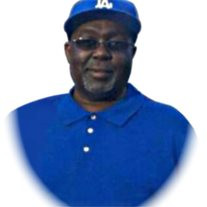 Luther James Anderson, Jr. was born November 11, 1958 to the union of Luther James Anderson, Sr. and Buella Mae Anderson. He was preceded in death by his parents and brother Jonah Anderson.      He attended Tomlinson Elementary, East Junior High and graduated in 1977 from Parkside High School. Luther worked at John Crowley as a Welder for several years. He briefly lived in Houston, Texas. Upon his return to Jackson he was employed as a bus driver for Jackson Transit Authority for many years. While employed with JTA he became friends with many of his peers.      He leaves to cherish his memory four children; Nether Cherise Gibson, Luther James Gibson, Alex Anderson and Elizabeth Flores in addition to 10 grandchildren. He is also survived by his brothers; Lucian (Lisa) Anderson of Houston, Texas, Will (Kristen) Anderson, Toney Anderson both of Jackson, Michigan, and Walter Anderson of Ypsilanti, Michigan, and his sister; Cynthia Curry of Jackson, Michigan, his surviving uncles; Wilson Ricks of Indianapolis, Indiana, Walter Bell of Memphis, Tennessee, LC White of New Orleans, Louisiana, and three aunts; Maurice Briggs of Toledo, Ohio, Tanya Lee Bailey of Benton Harbor, Michigan and Debra Moore of Oseola, Arkansas, Luther will be missed by several nieces, nephews and a longtime friend; Kevin Click.

The family of Luther James Anderson, Jr. created this Life Tributes page to make it easy to share your memories.

Send flowers to the Anderson, family.