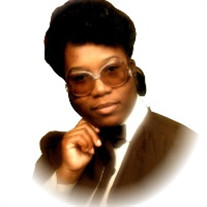 Lorna Annette Hall, 64, of Jackson, Michigan passed away on Friday, June 28, 2019.  The daughter of Weldon and Margaret Neal, she was born on August 21, 1954 in Battle Creek, Michigan. She attended Battlecreek Public Schools until the family moved to Jackson, where she graduated from Parkside High School.  Years later, Lorna attended Jackson Community College and received her Associates Degree in General Studies and was a few credits away from her Bachelor’s Degree in Criminal Justice. Lorna was the oldest of her siblings and was like a second mother to them all. She loved spending time with her family.  She was an avid swimmer and skater and enjoyed attending the roller skating rink on Sunday nights with her mother, brother, and sister. She cherished the moments when her stepfather, Walter Robinson would have movie and popcorn nights with the family. In 1972, Lorna joined David Earl Hall in holy matrimony. To this union two children were born:  David Earl, Jr. and Nina Vashunn. Lorna selflessly loved her children and gave her all for them. She was a devoted wife until her husband passed away on May 14, 1990.   In the late 1960’s, she began faithfully attending services at the Church of God on High Street. At 16 years old, Lorna gave her heart to the Lord. She was one of the first young people under the pastorate of Frank Hampton, Jr.  She played a significant role in the start and development of the young people’s meetings, which are still in place today. Lorna found pleasure in serving and helping others. She mentored and mothered those in need and enjoyed encouraging everyone who crossed her path. Lorna loved cooking and baking.  She specialized in macaroni and cheese, “sinfully delicious” 7-UP cake, and plate-sized chocolate chip cookies. Many times, family and friends would gather at her house to enjoy Friday night fish frys, Saturday morning breakfasts (with biscuits dipped in “surps” and pancakes saturated with butter and syrup), and large family meals on Sunday afternoons. Lorna had a magnetic sense of humor. People would come around her expecting to leave feeling better than when they came.  When she told her hilarious stories, those present would be doubled over with laughter, screaming, hollering, or running, barely able to make it to the bathroom.  Throughout Lorna’s life, her employment included work at AAA, Pharmor, and a few factories, including Melling Tool Packaging.  She was also a gifted seamstress, who made wedding dresses, tailored men’s suits, and performed alterations. Lorna was preceded in death by her father and mother, Weldon and Margaret; stepfather Walter; husband, David, Sr.; sisters, Angela and Lisa; and brother-in-law, John.  She leaves to cherish her memory her son, David Hall, Jr. of Jackson, Michigan and daughter, Nina Hall of Lansing, Michigan; sister, Deanna Range, brother, Lorenzo (Kimberly) Neal, sister, Michele Warren, and sister, Mia (Basil) Hampton, all of Jackson, Michigan; grandchildren, Desmond Jeffries, Dyiesha and Dayisha Simpson, Makayla Hall, Ladavion Hall, Calicia Farquhar, and Shania Farquhar; great-grandchildren, Naomi Jeffries, Cruze Jeffries, Jayce Scott, and Cannon Scott; mother-in-law Juanice Hall; a host of nieces, nephews, cousins; a devoted granddaughter, Shania; special son, Anthony Coffie; special nephew, Britton Hampton (her “Bundle of Joy”); and many special friends, including Bettie Pitts, Robin Beavers, Tammy Jackson, Brenda Mobley, and Ralph and Cynthia Page.

Lorna Annette Hall, 64, of Jackson, Michigan passed away on Friday, June 28, 2019.  The daughter of Weldon and Margaret Neal, she was born on August 21, 1954 in Battle Creek, Michigan. She attended Battlecreek Public Schools until the family... View Obituary & Service Information

The family of Lorna Ann Hall created this Life Tributes page to make it easy to share your memories.

Lorna Annette Hall, 64, of Jackson, Michigan passed away on Friday,...