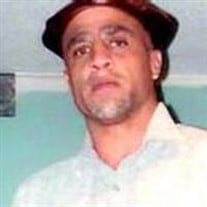 Keith Allen Poole, age 53 made a peaceful transition on Monday, August 17, 2015 at home surrounded by his family. He was born January 31, 1962 in Jackson, Michigan to Marvin Ida B. (Ryan) Poole. Keith was preceded in death by his mother, Ida... View Obituary & Service Information

The family of Keith Allen Poole created this Life Tributes page to make it easy to share your memories.

Keith Allen Poole, age 53 made a peaceful transition on Monday,...

Send flowers to the Poole family.