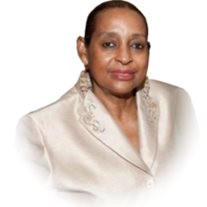 Juanita Elizabetha Dortch-Cole was born Juanita Elizabetha Dortch on September19, 1945 in Detroit Michigan. The Daughter of William Dortch and Nora Belle Miles. Both of her parents proceeded her in death. Juanita was the Eldest of six siblings.Darline, Geraldine, Marline, Le’Nora who preceded her in death and Toni. Juanita attended the Detroit Public School System. She was later employedat J.L. Hudson’s Department Store, as a Salesperson, in the SilverDepartment. Over the years Juanita also worked at Chrysler Corporation– Warren Stamping Plant, as a Press Operator. Where she later retired. Juanita was a Native Detroiter who believed in supporting her City, somuch so that she never relocated outside of the city. Detroit is where Juanitamet the love of her life Gerald Cole. The two of them had three Children.Angelique, John, and Alexandria. They later displayed their love, throughmarriage to one another. The two of them were together overall, 50 plus years. Juanita made her transition on Monday, January 27, 2020, surrounded byFamily members and her Childhood Friend Beatrice Drayton. She wassurvived by her three children; Angelique’ (Rubie), John (Kutee), Alexandria(Kelsey), six stepchildren; James (Renata), Kenneth (Margie), Steven (Cacania),Brenda, Belinda (Kevin), and Antoinette (David), eleven grandchildren,thirteen great grandchildren, a uncle; Willie Baker, Sr., and a host of nephews,great nephews, great nieces, cousins, friends, associates and acquaintances.

The family of Juanita E Dortch created this Life Tributes page to make it easy to share your memories.

Send flowers to the Dortch family.