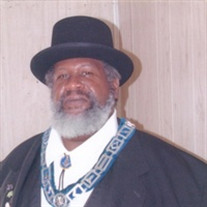 John Edward Smith, known as, “Big John” to all, not because of his weight, but because of his “Big Heart”, was born September 15, 1958 to the late William Marshall Smith and Lovie Lou Brown in Detroit, Michigan. John was educated in the Detroit Public School System. As a student, he knew his job was to go to school, learn, and graduate. On June 13, 1977, John graduated from Northwestern High School. As a student apprentice for the Detroit Public School System and wanting to continue in the trade he earned his Journeyman’s Certificate on June 15, 1982 from the Carpenter’s Apprenticeship School in Ferndale, Michigan. Learning this trade afforded John the opportunity to assist in building many Detroit Public Schools, like the new Northwestern High School on West Grand Blvd. He also assisted in building of the Renaissance Center which is now the headquarters to General Motors. John worked for Detroit Public Schools from 1980 until 2004 before retiring on disability. He often times would be at Masonic and Eastern Star events taking applications for the Child Identification Program. Even though he had no biological brothers or sisters he found many brothers and sisters in the Masonic Lodges and Order of the Eastern Stars. He enjoyed going to Grand Session each year, he stated, “It’s like a mini vacation”. On September 21, 1995 he joined Binford Lodge #26 earning the degree of Master Mason and became Worshipful Master of Binford Lodge #26 in 2010-2011. In January of 2016 he joined Composite Lodge #17 after the closing of Binford Lodge #26. John was a three (3) year elected trustee at Composite Lodge #17. He was also a Holy Royal Arch Mason and Past Patron of Tyre Chapter #39-Order of the Eastern Stars, serving as Worthy Patron of Tyre Chapter in 2010. He also belonged to the House of Jericho and was a member of the Turtles where he was called “Breezy”. John was outgoing and loved being among people. John lived by James 1:19 “Let every person be quick to hear, slow to speak, slow to anger” Whenever you saw John he had a smile on his face, a joke to share and encouraging word and friendship for anyone in need of a friend. He gave unselfishly of himself. John would literally give you the shirt off his back. He never had an unkind word or spoke negative of anyone, even if they did him wrong. John’s health was severely challenged in May 2017 after a fall, which caused him a lengthy stay in Rehabilitation/Hospital until his passing on August 30, 2017 at Detroit Receiving Hospital. He leaves to cherish his memory; one cousin Cookie, many extended families including the; Hodges, Harvey’s, McGhee’s, Reeves’s and Mason Bro. Andrew Fritz, special friend; Virginia Coleman and the entire Prince Hall Family Free and Accepted Masons and the Order of the Eastern Stars. John will never say “Goodbye” but “Peace Out”.

The family of John Edward Smith created this Life Tributes page to make it easy to share your memories.

John Edward Smith, known as, “Big John” to all, not because of...

Send flowers to the Smith family.