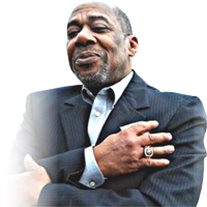 James “Grumpy” Turner was born January 3, 1951 in Memphis, Tennessee to James Turner and Mattie B. Turner (both deceased). James “Grumpy “Turner passed away peacefully in his home on April 9, 2019. James is preceded in death by his sisters, Mary Helen Green, Zadie Turner, Judy Ann Allen, and his brother, Clyde Turner. As a child, Grumpy was a boy scout where he learned survival skills that served him well when he decided to run away from home after getting in trouble. He survived overnight by getting food out of the vending machines at the laundromat on Michigan Ave. Grumpy would stick his hand up the dispenser slot grabbing whatever yummy snack he could reach. He proudly shared his adventures with his little brothers and sisters who could only look and listen in awe. Grumpy was an intelligent man and a pretty good artist. He took that skill and became a Mechanical Draftsman. Grumpy’s favorite things to do were showing off his culinary skills by baking tasty lemon meringue pies, making big roast pans full of dressing, barbequing brisket, ribs, burgers and anything to make a celebration complete. Grumpy loved playing chess “as long as he was winning” and listening to all types of music, but he especially enjoyed good ole soul music. He loved introducing new bands to others by putting on cool vinyl records keeping the sound music as authentic as he could. When he shared his love for music with you, it etched a place in your life and you would forever think of him every time you heard a song you shared with him . Grumpy never hesitated when family, or a friend needed help. There was no favor too big for Grumpy. He would search for you a place to live, help you move city to city, he would do whatever he could to make people he cared about happy. Grumpy enjoyed many things but he was most proud of his children Shamaro, Ajaunta, Jameen, Mattie, Johnny, and Mason. To Shamaro he passed on his humor and quick wit, to Ajaunta he passed on his carpentry and renovation skills, to Jameen he passed on working with his hands and how to give a good shave and haircut, to Mattie he passed on his good intentions and kind heart, to Johnny he passed on his quest for adventure and curiosity to explore new things, and to Mason he passed on the art of landscaping and painting which should serve him well. James is survived by his wife; Darlene Turner, brothers; Sylvester Allen and Eric Turner, sisters; Deborah Turner, Elaine Surratt, Christine (Richard) Anderson all of Jackson, Janie C. Cole of Toledo, and Jean (McKinley (Petterway) of Huntington Station, New York, James also leaves 13 grandkids and 10 great grand kids to continue his legacy, and he also leaves a host of nephews, nieces, cousins, extended family and friends who will miss him dearly. He is also survived by: Vanessa Davis; mother of Jameen Turner, Mattie Turner, and Johnny Turner, his significant other; Ruch Schnell, and special cousins; Robert and Rosemary Stitt of Jackson and Felicia Silvertooth and family of Chicago, Illinois, and special friends; Brenda Johnson and Craig Ozier of Jackson,Michigan.

The family of James Turner created this Life Tributes page to make it easy to share your memories.