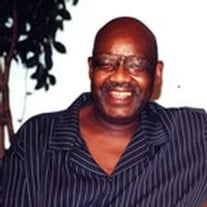 Howard Driver was born to the late Julia Driver on October 6, 1938. He was the eldest of three children, one preceded him in death. The family moved to Detroit, Michigan in 1942 from Griffin, Georgia. He attended Breitmeyer Elementary School, Sherrard Junior High School, and graduated from Northern High School. Howard began work at the age of 10 delivering groceries in his (red) wagon for Frank’s Market. He earned $6.00 per week which he proudly gave to his mom to help with his brother, Willie (Baba) and sister, Olivia. As a teenager, he began working inside the grocery store learning all facets of the food service business. He had a keen sense of responsibility and his work ethic demonstrated his eagerness to learn, his dependability and trustworthiness. These traits did not go unnoticed by the store owner, Frank Trupiano, and over the years a lasting bond was formed. Because of the impression he made on Mr. Trupiano, he entrusted Howard to make the daily store bank deposit. He also sent Howard to the Eastern Market District to become a meat cutter. Howard entered the United States Army on his birthday, October 6, 1958 and was honorably discharged in February 1962. While serving in the military he did a tour of duty in Korea, as did his uncle Jay before him. He married his high school sweetheart, Esther Wallace, in July 1959; from this union three children were born. On his return from the military, Mr. Trupiano welcomed his protégé back to Frank’s Market. While working at Frank’s he also was employed at Ford Motor Company. Howard then moved to Philadelphia, Pennsylvania in 1971 and began working in construction. While there he was a union representative for Laborers District Council Construction Industry. In 1993, Howard returned home because of illness. After he regained his health he was able to assist his sister and nephew in caring for their aunts, Virginia and Georgia, for over 6 years; once again exhibiting his willingness and dependability. Howard was a fun-loving people person. He was constantly sharing his wisdom and humor with others. His two favorite past-times were listening to jazz music and watching cowboy movies. He accepted the Lord in December 2011 and was baptized by the late Rev. Samuel E. Thornton. “Train up a child in the way he should go; and when he is old, he will not depart from it.” - Proverbs 6:22 When Howard’s health challenges increased earlier this year, so did his sister’s attentiveness. Her love for him was demonstrated over the years in the care, and guidance of care, that he received. She often said he was truly a “big brother.” He never failed to express to her his love and appreciation for all she did for him. Howard peacefully made his transition on Wednesday, June 22, 2016 at Henry Ford Hospital, West Bloomfield. He leaves to rejoice in his having lived three children; Melise, Ricky, and LaTonya, daughter-in-law; Nina, sister; Olivia, cousins; Fred Jr. and Venita, grandchildren; Charise (Jerry), Taneisha, DJ and Kortne, great grandchildren; Justin, Janessa, Demia and Nia, and great-great grandchild; Londyn. He also leaves the Derrick Memorial Missionary Baptist Church family and the Franklin Terrace Apartment family.

Howard Driver was born to the late Julia Driver on October 6, 1938. He was the eldest of three children, one preceded him in death. The family moved to Detroit, Michigan in 1942 from Griffin, Georgia. He attended Breitmeyer Elementary School,... View Obituary & Service Information

The family of Howard Driver created this Life Tributes page to make it easy to share your memories.

Howard Driver was born to the late Julia Driver on October 6,...

Send flowers to the Driver family.