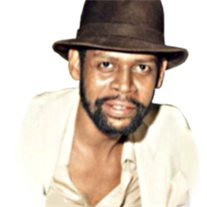 Gibbs Alexander Dale, Jr. was born on June 21st, 1955 to the union of Gibbs Alexander Sr. and Mary Helen Secrest Dale. Both parents preceded him in death. Gibbs had four siblings; Ramona Williams and Dwayne Dale both preceded him in death leaving one sister, Deborah whom he adored and his brother, Reginald. Gibbs was born in Detroit Michigan. He attended the Detroit public schools and graduated from Cooley High. He also attended Wayne Community College graduating with an Associate of Arts in Architectural Design. He later enrolled in the University of Phoenix where he majored in a Business Curriculum. Gibbs, lovingly known as Butch, gave his life to the Lord at the age of eleven. He was baptized at the Eastside Church of God by Bishop T.D. McGhee. He loved music and was a member of the Voices of Inspiration Choir. He also sang with the Goodwill Youth Union. Butch loved playing basketball and played for the Goodwill Community Chapel. Later in his life, the Goodwill Chapel tried to recruit him as a coach which he laughingly refused. Among Butch's many hobbies was fishing, playing pool, board and word games and travelling. Hawaii and the Caribbean Islands are among the many places he visited. After 33 years of service, Butch retired from Daimler Chrysler Corporation where he was a member of the UAW. Butch was previously married and had five step-children, two of whom he raised from infancy. Butch was a very private, compassionate person and also a loving son and brother. He spent many hours making sure that his mother, Helen dale; brother, Reginald and sister, Deborah were well cared for. The Lord called Butch into his eternal rest on Tuesday, January 14th allowing him to go quietly in his sleep. Butch leaves to cherish his life one sister, Deborah Fisher (Jerrie); one brother, Reginald Dale; five stepchildren, Daniel, Titus, Deaz, Kishawntez, Kinndedra; one uncle, Andrew Dale of Columbia, Tennessee; one aunt, Thelma Seacrest of Columbia, Tennessee and a host of nieces, nephews, cousins, other family members and friends.

The family of Gibbs Alexander Dale, Jr. created this Life Tributes page to make it easy to share your memories.

Send flowers to the Dale, family.