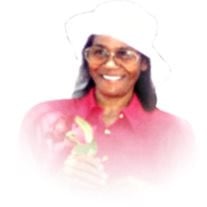 Emmarell was born on September 29, 1936 to the parents of Alberta andDarcelious Murray where she was the youngest girl born into a family of seven boys and fourgirls. Emmarell was a very unique, sensitive, and loving person that could keep you laughing.She always gave the best advice. Her thirst for knowledge caused her to go back to school to receive her GeneralEducation Diploma in Detroit, Michigan, so that she could attend college. Emmarell wasexcited when she was accepted to Marygrove College, where she completed an Associatedegree in Applied Science. A few years later, she took classes at Baker College to further hereducation. She always enjoyed new challenges. She was a good cook and enjoyed being with her children, grandchildren, andgreat-grandchildren. She was always intrigued with playing the piano and took piano lessonsfor four years. Growing up, she loved to skate with her brothers. Attending church, swimming,exercising, holistic eating and gardening were some of her favorite pastimes. Emmarellalways had a green thumb. Some of her job locations included: Vista Grand Villa, Chiquita’sChild Care Academy, L.L.C., Marygrove College, and working under Dr. Mark Kolwalski. When in situations where her family would come together, she was cheerful, loving,and enjoyed the special time she spent with her family. Emmarell had dreams with deepmeanings that would come true, and, had premonitions warning her of things to come thatguided her throughout her years. It became known that if she ever came to you stating that shehad a dream about you, you’d better “listen up”. After searching through life, she gave herheart to the Lord in 1977 and become a member of the Church of God under the leadership ofRev. Frank Hampton, Jr. She traveled the highways from Detroit, where she lived, to Jackson,where the church was located, with her children for many years to hear the word of God,picking up Saints who lived in Detroit that needed rides, to travel with her. Emmarell wouldoften be seen on the floor of the church as an usher. One of her testimonies during churchwas regarding the way she walked. She got up during service to let the saints know that shedoes not “switch” when she walk. She had declared with tears that “God gave me my walk,”bringing laughter to the whole congregation. Ushering and serving in the kitchen gave herjoy as she was being of service unto others, ensuring they were seated, comfortable, and welltendedto. Her desire was for her family to know God. Almost every summer, she would sendfor her grandchildren to stay with her for the summer in order for them to be exposed to God.Around 2000, she moved to Jackson, Michigan, to be closer to the church. Emmarell alwayshad a sensitive heart declaring constantly that she just wanted to be right. She is preceded in death by her two husbands: Eli Leggett and Lawyer Wilson, herparents, and 9 of her siblings. Emmarell leaves to cherish her precious memory to her seven children: JaniseGayles-Johnson, Eli Leggett, Emmarell Leggett, Dennis Leggett (Eulalia), Pamela Morales,Chiquita Gorins-Faff (William), and September Leggett. Emmarell has one living brother outof 10 brothers and sisters, Ossian Murray, who now resides in Ohio. She has 16 grandchildren,and 13 great-grandchildren. She leaves four loving sisters-in-law: Rochelle Murry, LouiseMurray, Gwen Murry, and Loula Murray. Additionally, she leaves her Godson, TerrenceWillis, a host of nieces, nephews, cousins, and friends. Many of her relatives and friends wereable to visit her before she left to be with her Lord and Savior, and it was pleasant to see hersmile and have light conversations. Her smile will always be remembered as she is now in abetter place. We will remember her always.

Emmarell was born on September 29, 1936 to the parents of Alberta andDarcelious Murray where she was the youngest girl born into a family of seven boys and fourgirls. Emmarell was a very unique, sensitive, and loving person that could keep you... View Obituary & Service Information

The family of Emmarell Neuenfeldt created this Life Tributes page to make it easy to share your memories.

Send flowers to the Neuenfeldt family.