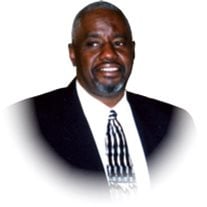 Daniel Sylvester Scott, III was born on July 17, 1949 in Detroit, MI, to Gladys Irene Richardson and Daniel Sylvester Scott, II, both preceded in him death. Daniel was adopted and raised in Delray, Michigan by his paternal grandparents Elizabeth Helen Chambers-Scott and Daniel Sylvester Scott, who also preceded him in death. His brother Leonard Watkins also preceded in him death. Daniel loved reminiscing about the days of “old Delray”, his dual citizenship status as an US/Canadian citizen, his childhood days spent in Amherstburg, Canada with his cousins and the perks of being a short boat ride away from Bob-lo Island. Daniel loved his Canadian heritage and was always researching his ancestry and sharing this information. Daniel attended Detroit Public Schools and graduated from Detroit Southwestern High school in 1967. After high school he began working at Revere Copper & Brass and drove ambulance for Superior Emergency Services. Daniel later became a Bus Driver for the City of Detroit and retired from the City in 2001 after a long career of 31 years of service. His passion for driving and exploring, after retiring, lead him to truck driving school and 10 years of service as an over the road 18-Wheeler truck driver, travelling from South to North and parts of Quebec, Ontario. Daniel accepted Christ and was baptized at Christ Missionary Baptist where he sang in the choir and was ordained as a Deacon. Daniel joined New Hope Missionary Baptist Church in Detroit, Michigan under the late Rev. A. Flowers and was a member of the combined choir and Director of the Male Chorus. Daniel later joined Pine Grove Missionary Baptist Church under Rev. L. Beard, and served as a member in several choirs, on the Deacon Board, the Men’s Ministry, Bus Ministry, Security detail, the Sick and Shut-In Ministry and a devoted member of the Male Chorus. Daniel loved singing, and even as his heath began to fail, he would still often times sing with the Male Chorus while sitting down, he often said “I can’t stand long, but they still need my voice to keep them in tone.” While he loved singing, his true passion in life was fishing. He would gather family, friends, co-workers, whoever he could to go fishing. From Ohio, all parts of Michigan and again up in his beloved Canada. While he loved to talk, this was the only time he would be quiet, because you could not disturb his concentration or the fish. Daniel loved spending time with family, cooking, playing cards and dominoes and passing down his wisdom and knowledge of life, and was especially proud of the legacy of the Scott name, now at the sixth generation. On December 12, 2018 in the comfort of his home, Daniel answered God’s call from labor to eternal rest. Daniel leaves to cherish his memory and life, his loving wife, Marcia; and blended family of six children: Daniel Scott, IV (Stacy) Ohio, Alene Dodd, LaVita Howard, Ronnie Scott (Dolanda), LaTricia Howard, and Donny Scott; ten grandchildren: Willie Scott, Daniel Scott, V, Shelia Harrell, Nahanni Scott, Destinique Dodd, Alicia Dodd, Troi-Sion Lambert, Jayda Scott, TaLia Ayers and Shania Scott; five great grandchildren: Zadien Coleman, Daniel Scott, VI, Alana Hill, Christian Scott and Alexander Dodd: eight Siblings: Leonette Watkins, Cleve Watkins, Squire Richardson, Harrison Richardson, Zackery Richardson, David Richardson, Francis Richardson, and Gary Richardson. Sister-in-law, Lue Sharon Toney and Brother-in-law, Aaron Toney, Sr. Special nieces and nephew Felita Toney, Imari Toney and D’Artagnan Perkins, his Canadian Cousins and a host of family and friends, including his caregivers Terri Bowles, Mother Thelma McDonald, Vickie C. Cook, Lue Sharon Toney and Loretta Cannon.

The family of Daniel Scott created this Life Tributes page to make it easy to share your memories.

Send flowers to the Scott family.