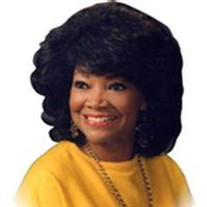 Charlotte Jane Poole Long was called home to be with the Lord on Tuesday, June 14, 2016 in Jackson, Michigan. She was born August 11, 1925 in Jackson, Michigan, the daughter of William and Laila Lorraine Poole. She was preceded in death by her parents; William Poole and Laila Lorraine Poole Dawkins, stepfather; John Dawkins, son; Robert Earl Atkins, granddaughter; Colleen Jones, sisters-in-law; Ida Poole, Dimple Poole, Virginia Poole, and Barbara Poole. Charlotte grew up in Jackson, Michigan, and was a member of Second Baptist Church under Reverend Amos Polk Williams. She also attended United People’s Church under the leadership of Reverend Billy Pierce. Charlotte was an employee with the State of Michigan, Department of Corrections at the Prison of Southern Michigan from June 1973 to August 1988. She began her career in the mailroom and then later took a position in the infirmary. Charlotte became a corrections officer where she became the first female to work in the housing unit of the prison. She retired as a Resident Unit Officer. She loved gathering her family and friends for dinners and cookouts. Charlotte loved drawing, music and dancing and was the life of the party! She also enjoyed interior decorating so much so that her home was always beautifully decorated! She was a loyal friend and an amazing Mother. Charlotte taught her children to be strong and independent. Charlotte leaves to cherish her memory two daughters; Judith (Roosevelt) Jones of Battle Creek, Michigan and Christina (Michael) Jennings of East Lansing, Michigan, two sons; Jerome Atkins (Amy Puente) and Bryan (Patricia) Long, both of Jackson, Michigan, grandchildren; Charlotte (Chris) Smith of East Lansing, Michigan, Douglas Jones, Christopher (Teresa) Jones, and Charise (Carmell) Dennis, all of Battle Creek, Michigan, Jerome (Ann) Atkins of Grand Rapids, Michigan, Trevor Buckner of Lansing, Michigan, Bryan Long, Jr. of Texas, LaWren Long of North Dakota, Darryn Atkins, Kenyetta Lewis, and Jayvion Atkins, all of Jackson, Michigan; thirteen great-grandchildren, five great-great grandchildren, brothers; Mervin Poole, Marvin Poole, and Benny (Christiane) Poole, all of Jackson, Michigan; many nieces, nephews, relatives and friends, including special friends; Elaine Crawford and Ruthie Walker. The family would like to give a special thanks to her son, Jerome Atkins, for taking excellent care of her in her final years.

Charlotte Jane Poole Long was called home to be with the Lord on Tuesday, June 14, 2016 in Jackson, Michigan. She was born August 11, 1925 in Jackson, Michigan, the daughter of William and Laila Lorraine Poole. She was preceded in death by... View Obituary & Service Information

The family of Charlotte Jane Long created this Life Tributes page to make it easy to share your memories.

Charlotte Jane Poole Long was called home to be with the Lord...

Send flowers to the Long family.