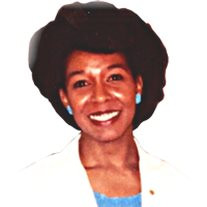 On a bright spring afternoon, Bettie Ann Clark Stockard was born giggling and smiling in Fayetteville, Tennessee on May 4, 1944. She is the second child born to the union of John Clark, Sr. and Virginia Williams. As a child she possessed all the charm, style and finesse of a southern belle which she brought with her into adulthood. She enjoyed reading; helping others and confessed Christ at an early age. She loved her Bible. Her Christian work ethic and mentality was maintained throughout her personal and professional life. She was quick to quote scripture and would always ask friends, relations and family to abide by “the Golden Rule.” Bettie graduated from Albion High School and attended Jackson area schools where she achieved her nursing degree. Shortly after receiving her nursing certification, at age 20, she began work as an occupational nurse at MacSteel Corporation in Jackson. As a nurse, she healed not only physical ailments, but used her love of people and the Lord to heal wounded hearts and souls. She retired from MacSteel after more than 28 years of dedicated service. She was also a gifted singer and humanitarian, Bettie loved to travel and would frequently help family, friends and strangers-after working a long day in a factory. She married Robert Stockard, Sr. and from this union she had two sons Robert, Jr. and Clayton Stockard. She would repeatedly say to her sisters and brothers that her boys were her life’s joy. She would often remark about the special bond she had with her sisters. She cherished family reunions, looking after her grandchildren and greatgrandchildren, being stylish and traveling the country. During her last days, she moved back to Jackson from Oklahoma to be affectionately cared for by the mother of Robert’s children, Shelley Craven. Surrounded by her loving immediate family, she was welcomed into the house of the Lord March 16, 2019. She is survived by her five sisters; Dorothy (George) Thigpen, Mildred (Chris) Nolan, Brenda (Willie) Thigpen, Joyce Williams and Lawanda (Santos) Perez, two brothers; John (Joy) Clark, Jr. and Glenn (Leslie) Williams, Sr., her two sons; Robert,(Shelley Craven) Jr. and Clayton (Rose McFeters), grandchildren; Mara Stockard, Robert (Gale) III, Kiara Stockard, Caitlin Russell, Johnnie (Alessa) Davis, Markus Poole, Miciah Holloway-Young, Kamya Wilridge and great-grandchildren, she also leaves behind a plethora of nieces, nephews, great nieces and great nephews, cousins and a host of friends.

On a bright spring afternoon, Bettie Ann Clark Stockard was born giggling and smiling in Fayetteville, Tennessee on May 4, 1944. She is the second child born to the union of John Clark, Sr. and Virginia Williams. As a child she possessed all... View Obituary & Service Information

The family of Bettie Ann Stockard created this Life Tributes page to make it easy to share your memories.

Send flowers to the Stockard family.