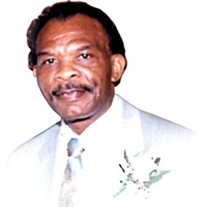 Astley Kirlew Lawrence was born in Malden St. James, Jamaica on June 27, 1937. He was the fourth of seven children born to George and Ivy Lawrence. Lincoln, Joslyn, Leon, Evadney and Millicent, all proceeded him in death. His daughter; Donna Lawrence also proceeded him in death. Astley, spent his formative years in Malden St. James public school system. He attended the Malden St. James Baptist Church. Leaving home with his parents blessings, he finished school in Leeds, England. While living in England, Astley was employed for the Railroad. He later moved to Montreal, Quebec where he began working in the tool and dye trade while learning the French language. Moving to Windsor, Ontario in 1972, he continued working in tool and dye at the Valenite Modco Company until his retirement. A friend of Astley’s asked him to join a bowling league at the State Fair Bowling Lanes In Detroit. That is where he met the “ Love of his Life”, Regena Annette Cushman. They had a whirl-wind international courtship, which led them to the altar. Their wedding took place September 5, 1992 at the Wisconsin Avenue Church of God. They have resided for the pass 26 years in Windsor, Ontario. Astley reconnected with God, and in his final days he said, “IT WAS WELL WITH HIS SOUL” & “HE WAS AT PEACE AND WANTED TO GO HOME TO BE WITH THE LORD”. On September 6, 2018 at 1:20 pm in the Windsor Regional Hospital, Metro Campus, Astley, went to be with the Lord! Astley leaves to cherish his memory, his loving devoted wife; Regena, two sons; Scott Anthony Lawrence of Fort Lauderdale, Florida, and Gary Lawrence of Montreal,Quebec, two very special nieces; Coral Warren of Fort Lauderdale, Florida, and Pauline Valmore of Trelawny, Jamaica, two brothers in love; Roland (Sandra) Cushman of Quincy, Florida, and Bishop M. Tyrone (Patricia) Cushman of Detroit, Michigan, two sisters in Love; Pamela Brown of Henrico, Virginia, and Benita (Marcus) Warren of Belleville, Michigan, and a host of nieces, nephews and friends.

Astley Kirlew Lawrence was born in Malden St. James, Jamaica on June 27, 1937. He was the fourth of seven children born to George and Ivy Lawrence. Lincoln, Joslyn, Leon, Evadney and Millicent, all proceeded him in death. His daughter; Donna... View Obituary & Service Information

The family of Astley Kirlew Lawrence created this Life Tributes page to make it easy to share your memories.

Send flowers to the Lawrence family.